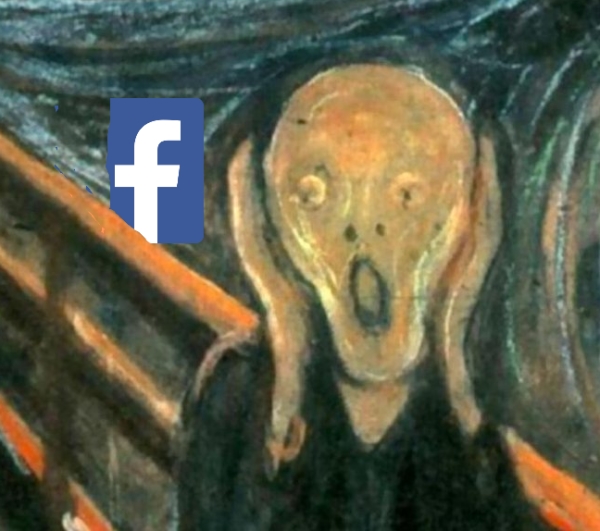 FaceBook tracks you across the internet on any website that has a FB button, whether or not you are signed into FaceBook and even if you don’t have an account. Is that creepy or what? There is a solution, and at the end of the post I’ll provide it, so scoot down if you’re in a hurry.

Zuckerberg addressed the congressional committee of old men who aren’t tech savvy by side-stepping the real issue. He apologized and why not? It doesn’t cost him anything. To every question, he pointed out that FaceBook users can choose to change their ad settings. That has nothing to do with data collection!

A user can decide not to see ads based on the data that FaceBook is collecting. That might give the illusion that FaceBook doesn’t track practically every website you visit and all associated data. What’s really valuable is how your clicks and searches relate to each other, not for you individually, but as part of a larger group. Say that people who buy guns, for example, also use some brand of toothpaste and click a lot on stuff to do with walls. Whatever the ad settings, FaceBook still has that data and can do with it as it pleases. For example sell it to trolls.

I’m not concerned about targeted ads. It’s fine with me if I see an ad based on my activity within Facebook. It’s the price for the “free” service of using FaceBook. Something has to pay for all the servers and staff and Zuckerberg’s jet. But I am not ok with FaceBook secretly gathering information outside its service to plump its wallet.

What is frightening is how all the data gives trolls ammunition to undermine democracy and fuel hate. That is dangerous. And it tempts toothpaste sellers to do the same. Remember the recent Aeroplan survey that asked about male superiority? What were they going to do with the answer? I don’t know…but the question was overt and when people got upset, Aeroplan backed off. Does FaceBook? No, it’s still gathering and selling data all over the web. None of that was addressed by the congressional committee or Zuckerberg. He just kept on feeding them apology pablum.

FaceBook isn’t going anywhere. The old men making the laws don’t even know what to ask, so I can’t see them drafting effective legislation. That’s probably why Zuckerberg was happy to ask for regulation. He knows it won’t change business. So…it’s up to us to contain the beast. And here’s how.

To protect your data, you’ve got good options Use Firefox as your laptop browser with two extensions. First, UBlock Origin (there is another extension with a similar name, make sure it’s origin). That blocks tracking. Second, add Facebook Container. That contains your facebook page and stops it from communicating with other tabs. If you’re devoted to Chrome, you can add UBlock Origin and Privacy Badger extensions. On your phone, use Firefox Focus–it’s fast and it automatically blocks ads and tracking. Alternatively, if you love having tabs, you can use Samsung Internet, add a plug-in from Google Play: Disconnect for Samsung, enable it in the browser, and enable Tracking blocker.

While I’ve been writing this post, UBlock has stopped 11 sites from tracking my data. Well done, Firefox!

Lilian is the author of Girl At The Edge Of Sky, a fictionalized account of the real-life wartime exploits of fighter pilot Lily Litvyak. She's also the author of Web of Angels, a novel about a mom with DID (multiple personalities), as well as other historical novels--The River Midnight and The Singing Fire--about secrets, friendship and motherhood in 19th century Poland and London. https://liliannattel.com View all posts by Lilian Nattel

2 thoughts on “What Mark Zuckerberg Didn’t Tell You”

This site uses Akismet to reduce spam. Learn how your comment data is processed.