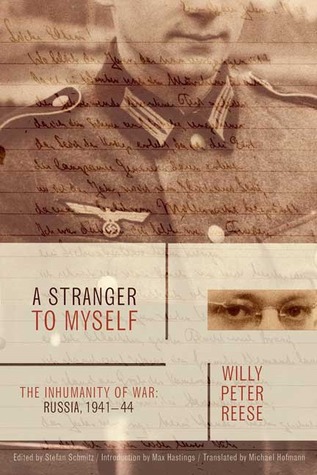 The powerful memoir of a German infantry soldier during WW2, A Stranger to Myself was written in 1944 a few months before the author died, drawn from his detailed journals written at the Front. Because of that, it has an immediacy that other books, with their post-war hindsight, lack. This isn’t a who-what-when of battles, but the profound emotional and spiritual impact of war on a young man on the ground, speaking to the experience of the unspeakable. German war memoirs are far fewer than those of the allies. Even this one wasn’t published until a few years ago: Reese’s mother was unable to find a publisher during her lifetime. I am very glad for ebooks in this case: I wouldn’t be able to find it in paper. But I was able to download it and in a weekend, I’d finished it. I am still thinking about it.

Lilian is the author of Girl At The Edge Of Sky, a fictionalized account of the real-life wartime exploits of fighter pilot Lily Litvyak. She's also the author of Web of Angels, a novel about a mom with DID (multiple personalities), as well as other historical novels--The River Midnight and The Singing Fire--about secrets, friendship and motherhood in 19th century Poland and London. https://liliannattel.com View all posts by Lilian Nattel

This site uses Akismet to reduce spam. Learn how your comment data is processed.